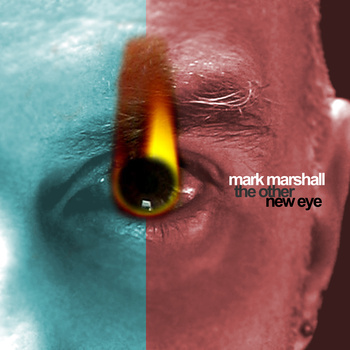 Somewhere in 2009, I connected with a mastering engineer from the UK on Twitter named Pure Tone (Tony).

Tone loved my stuff… and after we chatted back and forth quite a bit over the course of time, we came to an agreement about mastering one of the tracks from my New Eye album – Something to Believe. The final version he sent back just blew me away.

(I have said repeatedly, both here and elsewhere, that New Eye was never mastered… I couldn’t afford it. The sound of the album suffered as a result…. I love it just the same, but it did.)

It then occurred to me that I could revisit some other tracks from New Eye as well. Over the next few years, Tony did a few other masters for me, and I also upped my game in the gear department with a real rig that included mastering software. Now, I’m NOT a mastering engineer, but I do have a pretty decent set of ears… so I visited some other New Eye tracks on my own and tweaked them quite a bit.

The result of all of this is The Other New Eye.

Here’s a track listing of, with descriptions:

Tracks 1 through 19 of The Other New Eye is the original New Eye album, untouched, in it’s entirety.

20. Something to Believe – Pure Tone Remaster 04:46
Not much to say about this, other than Tone just killed it.

21. Miss Directed – MM remaster – 3:39
Always loved this track, but it was pretty quiet, and lacked oomph, so I decided to have a go at it.

22. Angelina – Pure Tone Remaster 04:03
Angelina is a really tough one… the fidelity and tone on the original recording isn’t great to begin with, and it’s a crowded-as-hell mix to boot. So when you try to shave an edge off of a vocal sibilance, the cymbals go to hell. Try to give the lows a little kick, and the vocals get muddy. Tone was understandably frustrated by this track (the filename of the last master he sent me was entitled “Angelina – last try”), but he ended up doing way more of a kickass job than I EVER could.

23. Red Electric – Remaster 04:14
The original mix of this falls under the category of “what the hell were you thinking???”, and is a real example of why having a proper room to mix in is essential. The drums on the original take over the whole mix. So besides EQ, compression and limiting, I used a binaural pan, which opened the whole track up.

24. Miss Directed 2011 04:05
This was an accident… I was sitting at the keyboard one day, and it just came out. The key change at the end isn’t as dramatic as the original version, but I do love this version.

25. Something to Believe – demo for live band 05:58
This was never meant to be a release. It was a proof-of-concept. The original Something to Believe is incredibly complicated… and trying to throw together a live version is like juggling cats while riding on a flaming unicycle. So I was messing around with a stripped-down version on guitar, and decided to record a version that would mimic what a live band – 2 guitars, bass, drums, backing loop w/ synth and 2 backing vocals – would sound like. There are no punch-ins or fixes… in fact, the little tinkling piano was me goofing while the mix was exporting. I’ve since used this arrangement a couple of times live, without the 2nd guitar, and it works like a charm.

26. The Flame – Remaster 04:04
All I really did for this was to clean up the mids, reduce a little noise and add some volume.

27. Topaz (original) 06:02
There’s a short piece on New Eye called “Smoky Topaz”, which is actually a revisit of this original track. “Topaz” was named for one of my cats, who had to be put down in the late 90’s. Right after it happened, I sat down at the keyboard and started playing… this came out, and I cried – a lot.

28. Storm 08:07
This was me revisiting a VERY old song, which I had recorded on cassette about 16 years ago. The whole end section with the 3 guitars and the keyboard was unintended… when I’m working on a track, sometimes I’m writing, too – so when I’m laying down a first instrument, I may go off on a tangent at the end. I don’t stop myself, in case something good comes from it. I had recorded the reverb-y keyboard, and had done precisely that… so when I went to do the acoustic guitars, I started noodling around with the keyboard on the first guitar. When I did the other two, the harmony just jumped out on its’ own. And yeah, I know it’s long… it’s sort of a meditation, I guess.

29. Broken Heart 05:10
This is a VERY VERY old song. I wrote it in the 80s. Not much to say about it, other than the drums are a little over the top. I love it anyway. All the instruments were recorded in the 90s, except for the guitars, which were recorded on 2009.

31. Duh Duh 02:53
For those of you who know Man Walking – this was the start of one of those, which just never got off the ground. The piano track is totally messed up, because it was a rough, and I abandoned the track soon after. The drums are actually played on an electronic kit.

32. Eyes – demo 05:40
Eyes was written in the late 80’s, and I recorded this during the New Eye sessions – but it never seemed to have the same power as the original, which was much simpler. I decided to scrap it, and the track included here is a rough interim mix I had saved.