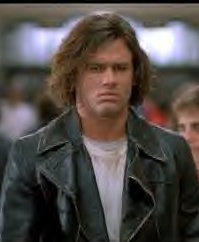 Now Jeff played guitar – and had a really great rock and roll band.  And this was the ONE place Jeff spent money.  He equipped that band with the best PA and lights… because that was what was important to him. END_OF_DOCUMENT_TOKEN_TO_BE_REPLACED

See, I had unconsciously come to see myself as a work-in-progress… that I was full of potential, and that at some point I’d have fixed what I needed to fix, and then my life would really begin. END_OF_DOCUMENT_TOKEN_TO_BE_REPLACED

My dear wife rewrapping my poor toes. I'm a very,

This Town - originally from the album "New Eye", a

Perfect day for lunch with the missus. Blessed.

She looks pretty slick for an old gal. ❤️

Someone just got his own portable music player, an

Just scored my first turntable in a VERY long time

Thanks to a very dear friend, this guitar returned