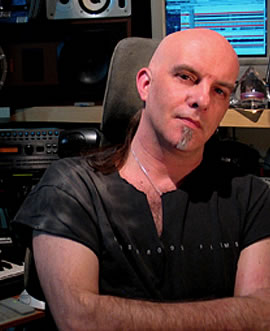 Mark Marshall was born in Manhattan, and has lived all over the New York metropolitan area. His father Ron Marshall, a singer, character voice artist and whistler, appeared on “The Ed Sullivan Show” and was a staple of the New York commercial session scene, records and television, for over 3 decades. his mother, a music lover, exposed him to many diverse artists, from the Beatles to Gil Scott-Heron to Joni Mitchell to Tchaikovsky. Except for piano lessons at the age of 5, Mark learned guitar and piano – then bass and drums – on his own.

He discovered his fascination with recording when he visited NY recording studios as a child. “My dad would be in the control room while they worked on a mix, and I’d be in the performance room playing the piano or banging on the drums.” He began recording multiple parts on his own when his dad brought home a 2-track reel-to-reel machine. 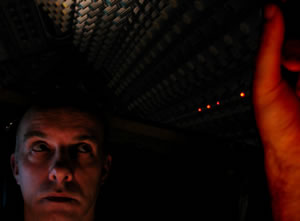 “The studio is my canvas,” he explains. “I love writing, recording and mixing, bringing all the pieces together – all of which happens in the studio. It’s not just where I record – in large part, it’s also where I write.”

Mark spent over 30 years on the New York scene, singing or playing on studio and live dates by various artists, including Amy Coleman, Abby Straus, rock and roll gospel choir New Voices of Freedom, Spoonbread, Mister Kick and many, many others.

Mark was also the producer and co-host of The Expert Witness Radio Show, which aired on WBAI, the flagship station of the Pacifica Radio network, for well over a decade.

He resides in the Hudson Valley of New York, in a very creative community, and continues to make art at every turn.