So those of you who know anything about me know that I don’t play out live very often.  There are several reasons for this – not the least of which is, as an original artist, you have to either be a band, or else have a band that can play your stuff – neither of which applies to me.

However, about 2-5 times a year, I get out to play cover material.  Sometimes, this is under the rubrick of Max Night and the Rocketlaunchers, sometimes it’s at an open jam, and, in this case, it’s because someone offered the space and time.  I’m tremendously grateful that he did.

Jude DeFalco, who runs the monthly meetups of the Ulster County Musicians Network, approached me through Facebook about doing an acoustic set for the November UCMN mixer, which was to be held at Keegan Ale’s – a truly great local brewery that also has a equally-great bar.

Well, we finally got to actually talking about the gig, and I asked what exactly he had in mind, as I don’t play my own stuff out, and the only thing I DO play out is this cover thing.  Basically, Jude said “Do whatever you want – but the stage room at Keegan’s will probably be closed, ’cause it’s a Tuesday, so you’d have to play in the main room. ”

So I thought I’d approach some folks and see about playing the set – which wouldn’t be longer than around 1.5 hours.  (The mixer officially runs from 6-8 p.m.)  I needed to call on folks that I knew could do it, and were fairly local – this was a non-paying gig, so it would have to be done just for the love of it.

Well – three intrepid gentlemen stepped forward to take it on.  Dennis Winge – guitar and vocals, who has done Max Night gigs with me in the past…

Jim Curtin – bass and vocals, who I gather is primarily a jazz bassist but can play his ass off on anything at all,

and Joe Scheibelhoffer – drums, who I’ve known for a very long time and is simply a world-class drummer.

Now here’s the trick:  these cover gigs, Max Night or otherwise, are never rehearsed – and in most cases, the folks involved have never played as a group before.  I email out a potential list of songs for folks in advance – if they don’t know something on the list, they let me know… I print out set lists for everyone to use at the gig (which only mean so much – more on that in a little bit), and we show up to play.  So these gigs are VERY much by the seat of our collective pants.

To make matters even more of a tightrope walk… I tend to “call” these gigs on the fly.  Meaning that even though I have a set list in front of me, I may call a song out of order – or even call one that’s not on the list.  If someone doesn’t know it, we move on.

And to top that off, I tend to direct these things in real-time.  So, for example, we’ll be in the middle of a song, and I hear in my mind’s ear a spot 30 seconds up the road that would sound great if we went to half-time – or did a break-down to bass and drums – or did a stop altogether.  Or we can be playing the ending groove on a song, and I’ll think of a song that would go perfectly afterwards – I’ll call it while we’re still playing the prior tune.

All of this makes for a very energetic show.  But for these guys who selflessly subject themselves to my madness in pulling off one of these gigs, I know it’s fun, but I’m sure it’s not easy.  I have come to refer to them as Nantucket Sleighrides:

A Nantucket sleighride was a term used by Nantucket whalers to describe what occurs immediately following the harpooning of a whale. The whale, realizing it had been harpooned, would attempt to flee and thus drag the whale boat along with it. The speed of the “sleigh ride” would vary depending on the size of the whale, with larger whales giving faster rides.
-Wikipedia

Well, the Keegan’s gig was this in every way imaginable.  I had my usual set list, with a few odd additions (I usually do a mix of old and very old rock and roll, some Motown and a little pop), like Sinatra’s “Under My Skin” and a verse / chorus of “Somewhere over the Rainbow”.   And, as usual, as the gig went on, it resembled the set list less and less. 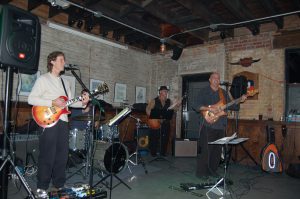 These wonderful musicians were just… amazing.

Joe, who was so sick he could barely make it out of his house, came nonetheless – and gave one of the finest performances I’ve ever heard him give.  Taste and power all wrapped up in one… and not one, but two positively sublime drum solos – with not a note wasted in either.

And Jim, who brought an acoustic/electric bass for the evening, not only added such soul to the gig, but sang beautifully and locked in so tight with Joe you’d swear they’d played together for years.

And Dennis was his usual brilliant self – weaving a mix of just plain rock and roll guitar with melodic, jazz-influenced wonder.

And for me – the most beautiful part was that these guys really came along for the ride.  I can’t tell you how freeing this all was.  There were two distinct moments where this very clear voice came into my head and said “relish this moment – this is what it’s all about.”

Actually, it said something more along the lines of “Wow – this is just beautiful… fun… awesome… bathe in it!”  And I don’t mean in-between songs… I mean right in one of those moments of hard crunching funk.

See – it’s so easy to just be there playing, yet not really be there… to be focused on the next line… or playing the right riff… or absentmindedly looking to see who just walked into the bar, or who is listening.    All of these distract from the actual experience of joy in playing.

And what made it all the better is that folks were loving it right along with us – really loving it. I mean – I looked up and they were smiling.  Dancing.  Singing along.

What a joyful night.

I need to take a moment here and thank some people:

Jude DeFalco, who tirelessly maintains the Ulster County Musicians Network, and made it all happen in the first place.

Tommy and the folks at Keegan’s who provided the space, the delectable lubrication and kind service.

The lovely young woman to the right (whose name I neglected to write down), who bought me a bottle of freshly-tapped Keegan’s Super Kitty.  (First one to contact me with her name so I can properly thank her gets a free MM CD or album download.)

Those three lovely gentlemen who so kindly gave of their time, talent and energy.

My love Nancy Tierney, who not only showed such beautiful unflagging love and support, but did a kickass set of her own – and kicked a mean-ass cowbell and backing vocals to boot.

And all the friends and strangers who came and helped make this truly the most magical gig I’ve ever had the pleasure of playing.

If I never have the opportunity to play a gig like this again… well, let’s just say that it’ll take one whopper of a gig to top this one. 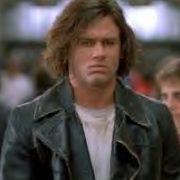 A beautiful milestone…
Scroll to top