So I was heading down to a local restaurant for a mid-afternoon meetup with a newfound but dear friend.

As it was a beautiful, crisp fall day, I decided to walk it – not too far, and Lord knows I can use the exercise.  So I grabbed my headphones and player, thinking that it’d be a good opportunity to do some writing listening.  (playing a few of the tracks I’m working on while doing something else, for a change.)  In the past, just being with the music in this way, outside of a working environment, has occasionally brought some newfound words or phrases – or just a new take on something.  It’s never been profound, but sometimes a little helpful.

So off I went.  Had a great time with my friend, and after a couple of hours, his wife came – they were staying for dinner, so I said my goodbyes and headed out the door.

Once outside, I put the ‘phones back on and started the trek home – and a remarkable thing happened.

About two blocks in, I was playing a track that I’ve been banging on for the better part of two years, and this whole new melody came to me.  Completely different than what I had been working on for the track, it just fit.  So much so that it brought tears to my eyes.  It was just – right.

I was ecstatic. As the sun set, I swayed and bobbed up the street singing it over and over, for blocks.  Wow…the song had just “come home”.  Words can’t express the level of joy I felt.

‘Til I turned the corner, and it just…. left.

It literally stopped me dead in my tracks, jawdropped.  Wait!  It was JUST here!  I frantically stopped the player and restarted the song, and waited for it to come.  I must have done this 5 times.  Lucky for me that this part of the neighborhood is not well-traveled, because there I was, standing on a street corner with the ‘phones on, pleading with it right out loud. “Oh Come on!”  “Please!”

But no matter how I tried… as quickly as it had come, it left.  I was crestfallen.. with tears in my eyes for the second time in 10 minutes, I headed home.

It’s been a few days now.  Last night,  I caught just a glimpse of it out of the corner of my mind’s ear… but at least for now, it has moved on – or else it’s hiding with a little smirk on its’ face, and hasn’t decided to jump out of the bushes at me with it’s tongue out going “Nyahh Nyahh.”

Well, at least for 5 minutes, I had that joy. 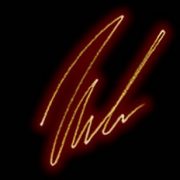 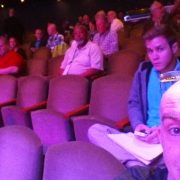 Fitting into a box…
Scroll to top