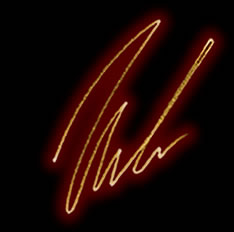 Back in 2009, I wrote a post called “Honor Art” , that began my online project –  it talks about filesharing and its’ effects on indie musicians, among other things.

Those of you who follow me with any regularity know that I give some of my music away often. I do it voluntarily, and am truly happy when those tracks get shared by others.

Well, there’s  a GREAT interview with Don Henley at Penn State’s “Collegian” , where he talks about filesharing, among other things – and I thought he was so eloquent about it.

“A whole new ethical — or rather unethical — paradigm has emerged in which the illegal downloading of music is looked upon, primarily by those who do it, as a kind of Robin Hood activity.

This is due, to some degree, to the fact that the only face of the music industry that most people ever see, is manifested by wealthy rock, pop, rap and hip-hop stars, flaunting their lifestyles. But behind all that ostentation and glitziness is an entire chain of jobs numbering in the thousands.

We employ 100 people in our touring crew, not counting the local crews that augment ours in every city. There are hundreds of music-related office jobs at record companies, publishing companies, accounting firms and legal firms.

So, when somebody pirates a song — and when enough somebodies follow suit — it has a ripple effect. I am mystified by this new mindset that music should be free for the taking. Music and music-related jobs are the way that thousands and thousands of people make a living, in this country and around the world.

Fortunately, we can play live, due to almost 40 years of accruing fans. We are able to thrive in that context, but bands that can do that are becoming fewer and farther between.

This is troubling because if illegal downloading continues to escalate, then playing live will be the only source of income for bands and individual artists. This will have a chilling effect on songwriting, publishing and recording — and all the related parts of the business. The very foundation of the industry will be gone.

This mythology about bands being able to “make it” using the Internet, is just that — a myth. It’s like trying to find a needle in a haystack. Internet or no Internet, you have to have promotion and distribution, and record companies have traditionally provided those critical services (usually at the artists’ expense).

No unknown band has the wherewithal to provide those services for itself in any kind of meaningful scope. Of course if a band’s objective is just to entertain friends, family and a relatively small following of devotees, then more power to them. What I’m talking about is a lifetime career of scale.

That’s what’s bound for extinction, and the government doesn’t seem to care at all. Copyrights, intellectual property rights are being rendered meaningless by the Internet and those who abuse it, and the sovereign nation of Google is one of the prime perpetrators.

It’s a Brave New World, out there, but I’m afraid it’s going to be a lot less savory and nurturing than the old one, at least in terms of the arts and crafts.”

I could not have said it better myself.  It’s a great interview across the board.  Go read it! 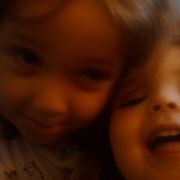 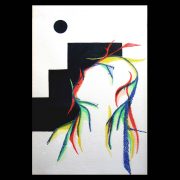 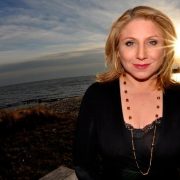 Playing hard to get…
Scroll to top