THE BORN WIRED ALBUM IS HERE. 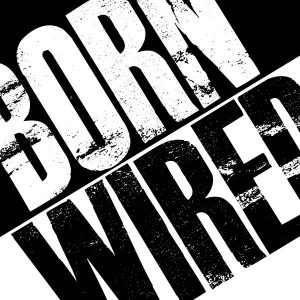 Back in 2007, when I released the New Eye album,  people loved it, but had no idea how to categorize it – because it had rock and roll songs, ballads, dance tracks and long-form instrumentals.

Which was fine by me, but it did get me to thinking… rather than make another album that’s all over the place, why don’t I just make albums of individual genres? So that’s what I set out to do… a rock and roll album, a pop/singer-songwriter album and an instrumental album.

Born Wired is the first of that trio – my rock and roll album – and after five years of working on it, I’m pleased to announce that it’s done! (and already getting great reviews.)

You can get it in a whole bunch of places, both for purchase and for streaming.

I’m so happy that it’s out – and I can’t wait to get back to work on the next one!  Hope you enjoy it!

There are a bunch of ways to get it. (If you want a digital version with all the album artwork and lyrics, go for Bandcamp. If you want a hard copy with printed booklet, go for CD Baby. )

Get it at Bandcamp!
Get it at CD Baby!
Get it at Amazon!
Get it on iTunes!
Hear it on Spotify!

My city bagged ALL the parking meters. ❤ #kingst

Lunch with the best little guy. ❤

She was the one who nurtured my love of music, and

We're playing with two of the classics. ❤